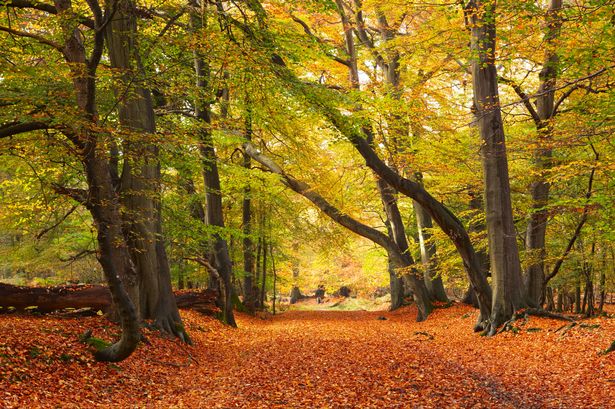 Today when the piano alarm on my phone crescendoed until I obediently rolled out of bed, something felt different. Through my slitted eyes, dawn’s light through our open windows remained black. Birds chirping outside startled me, and I realized my husband had turned off our room air conditioner sometime during the night. A strange impulse coursed through my body, traveling through me like a crowd doing the wave at a baseball stadium. My throat scratched when I asked my husband if he wanted a banana packed in his lunch, so I took a drink from the water bottle on my night stand. The water was still cold!

Then I realized the source of strangeness—the air inside my room was cool. For the first time in three months, I wanted to put on a sweater. Usually I would wake up soaked with sweat, barely rested due to constant demand for cold water during the night. My body had no idea how to adjust to more moderate temperatures. In dim light, I searched through my closet, digging deep before feeling the zipper of my hoodie. Gratefully, I pulled it on and zipped it up to my neck. My shaking ceased.

The aroma of coffee dripping into the pot in the kitchen combined with crisp coolness and whispered promises. The summer sluggishness I had strained beneath disappeared, and my steps became light. Ambition kindled in the cool morning. Suddenly hope swelled in my chest, and I began to believe again that my life would change. That my fourth graders this year would love to write. That my book might be picked up by an agent. That I would find the perfect writing critique group. That I would lose those last five pounds.

Officially fall begins on September 22nd, but in my bedroom, on this day, the changes of fall began.

One thought on “Changes Fall”