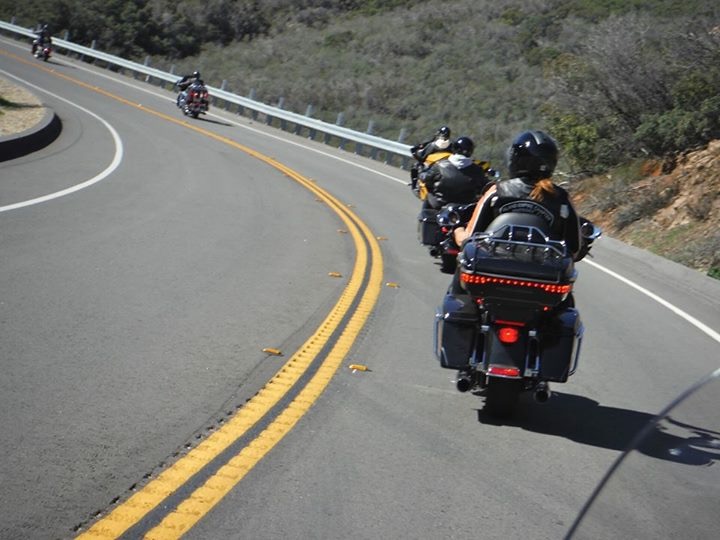 “Alright everybody! Grab some seconds and then a seat. Each table will make a group to brainstorm new ideas for rides.”

The laughing bunch of riders eventually settled down to start the Harley Owners Group (HOG) activity meeting. Held in a garage that was more finished and decorated than some people’s homes, it started with food and drink, a requirement of any HOG meeting. Tonight it was burgers and salads. One wall of cabinets was covered with chart paper listing different types of day and overnight rides. During previous meetings members had added colored dots to vote for their favorites so that priority rides could be identified. Crossed out locations indicated that the ride had already been scheduled. It was part of an intricate system that the activities director used to involve members in the planning of rides.

I sat down at a table where we were handed three index cards. Each group was tasked with coming up with a day ride, a dinner ride, and a possible overnighter. Groups were made up of veteran members as well as newcomers like me. We talked about possible destinations, dictated by scenic roads, appropriate weather, and good food destinations.

Soon our time limit was up, and I scribbled down the locations we agreed upon. The activities director now offered us playing cards and each group had to choose one. The value of the card determined the order that the groups presented their proposed trips. Each group had to choose one of their three cards to add to the schedule, depending on what was still needed. The goal of the meeting was to plan the next three months with one ride per weekend, and at least one overnighter. We needed longer day trips as well as short Greet-And-Ride trips for newer riders.

After much laughter and heated discussion, our destinations were set and ride captains were chosen (or drafted), filling up the calendar. Our amazing director had corralled twenty highly independent and spontaneous Harley riders into planning a variety of rides including a tamale festival in the desert, a ghost town, and the Getty Villa in Malibu. Our next overnighter would be a three day trip to Death Valley in February. As the rides were completed, we would meet again. Instead of a small group of officers telling us what to do (never the best strategy with bikers) we were all invested in the process and having fun at the same time. That’s another reason we ride with the HOGs.